Do you have a NC Workers’ Comp Case? 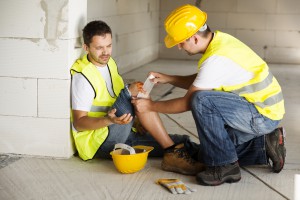 An injury can be a traumatic injury, such as a broken bone, or the development of a disease related to your job.  The job does not have to be the only cause of the injury.  For example, if a fall causes a previously non-disabling back condition like degenerative disc disease to become disabling, the back injury is covered.  Other conditions that are a “direct and natural” consequence of the initial injury are also covered.  For example, when a compensable knee injury ultimately results in lower back problems, both injuries are covered.  For occupational diseases, the work must substantially contribute to the development of the disease.

Only injuries that are caused by an accident are compensable under the NC workers’ comp system.  An accident means some identifiable cause of the injury that is outside of the regular work routine. A worker who is injured doing his or her regular job in the regular way may find their workers’ compensation claim denied.  Back injuries are an exception and are covered if they are the result of a “specific traumatic incident,” whether there is an accident or not, but even here there must be a point in time where the incident occurred.  Employees should be very careful about how they report their injury and accident.  The diagnosis of an covered occupational disease by a doctor is treated as an “accident.”  Common accidents in NC include slip, trips and falls, lifting or carrying incidents, machine accidents and even automobile accidents.  An injured NC worker may recover even if he or she was at fault in the accident, but injuries that are intentionally inflicted or result from actual impairment may not be covered.  Workers’ compensation insurance companies will frequently contest whether an injury was caused by an accident.

To be a NC workers’ comp case your injury must arise out of your employment. That is, the injured worker must be doing the business of his or her employer at the time of the injury.  This is another frequently contested issue in NC workers comp cases. Occupational diseases like brown lung, certain cancers and carpal tunnel syndrome may be covered by the N.C. workers’ comp system if: 1) the employee was at an increased risk of contracting the disease compared to the general public, and 2) the hazardous working conditions substantially contributed to the disease.  In general accidents that occur while going to and coming from work are not covered, but there are a number of exceptions.