Is Your Injury Covered Under NC Workers’ Comp Law?

Not all workplace injuries are covered under NC Workers’ Comp Law.  Workers’ comp in North Carolina generally covers 1) employees who are 2) injured as a result of an on the job accident that 3) arises out of their employment with an 4) employer covered by the NC Workers’ Compensation Act. Employers and their insurance carriers will carefully examine workers’ compensation claims to determine if any of these limitations provide a basis for denying the claim. Frequently, injured NC employees complain that they were led by an insurance adjuster or investigator to say something that later hurt their case. A North Carolina workers’ comp attorney can help injured NC employees avoid such traps. 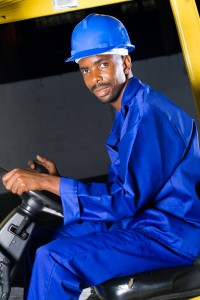 Only injuries that are caused by an accident are compensable under the NC workers’ comp system. This means there must be some identifiable cause of the injury outside of the normal work routine. Whether an injury was caused by an accident or not is a frequent issue in contested cases and the North Carolina Industrial Commission (NCIC) has ruled on this issue in hundreds of different factual situations.

Back injuries are an exception and are compensable in North Carolina if they arise out of a specific traumatic incident, regardless of whether there is an accident. Common workers’ comp accidents in NC include falls, machine accidents, load handling accidents, and even automobile accidents.

A compensable NC workers’ comp injury must arise from the employment. This means the injured North Carolina employee must be going about the business of his or her employer at the time of the injury. Whether an employee was on the job is frequently a contested issue in NC workers comp cases. Occupational diseases such as carpal tunnel syndrome, brown lung, and some cancers may be compensable under the N.C. workers’ comp system if: 1) the employee was at an increased risk of contracting the disease compared to the general public, and 2) the hazardous working conditions contributed to the disease.

Most businesses that employ three full or part-time workers are required to be covered by workers’ comp in NC. Corporate officers are counted as employees unless they opt-out. There are special rules for contractors and trucking operations that require coverage no matter how many workers are employed. Workers’ compensation in NC is mandatory and cannot be waived, even by written agreement.

An injured North Carolina employee can recover under the workers’ compensation system even if he or she is at fault in the accident. Recovery may be denied under the NC workers’ comp system if the on the job accident is intentionally self-inflicted or is a result of the employee’s use of alcohol or drugs. Violation of a safety rule by an employee may cause the recovery to be reduced and violation of such a rule by a North Carolina employer may cause a recovery to be increased.

If an employee is injured on the job as a result of the acts of a person who is not their employer or co-employee, they may make claims in both the NC workers’ compensation system against their employer, and in civil court against the at-fault third party. These third party workers’ comp claims in North Carolina frequently involve auto accidents, slip and falls, and defective products. The employer or workers’ compensation carrier has the right under North Carolina workers’ comp law to recoup their payments to the extent a third party is responsible for the loss however, the amount of this recovery is negotiable.

Kevin Bunn is a Board Certified Specialist in Workers’ Compensation Law.  If you have a question about NC workers’ comp law call or email today for your free consultation.