It is a tragedy when a loved one dies in North Carolina in an on-the-job accident or from a work-related disease.  In additional to the emotional loss, the family of a deceased employee often suffers a severe economic loss.  This article will give some basic information about NC death claims and benefits under workers’ compensation in North Carolina, including when benefits should be paid and who should receive them. 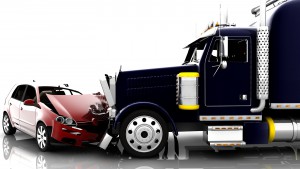 When is a death covered under workers’ compensation in North Carolina?

To be covered under workers’ comp in NC, a worker’s death must 1) be related to a compensable injury or disease and 2) happen within a specified period of time.

The injury or illness does not have to be the only cause of the death. Death benefits under NC workers’ compensation may be allowed when a covered injury or occupational disease significantly contributes to the death, even when there are other contributing factors.  Likewise benefits may be paid when the injury or disease worsens or aggravates a previously existing condition which then causes the death.  Death from a heart attack may be covered under workers’ comp in North Carolina if the heart attack is caused by unusual exertion or extreme conditions, or when a covered accident or occupational disease contributes to or accelerates the heart attack.

In some circumstances when an employee dies as the result of an accident that happens in the course and scope of the employee’s work the death may be presumed to be covered under NC workers’ compensation law, even if it is not clear exactly what happened.  This is called the “Pickrell presumption.” The Pickrell presumption applies in NC when the cause of the death is unknown and when the circumstances of the accident are unexplained.

To be covered under workers’ compensation in NC, a death must happen within the latter of 1) six years from the date of an injury by accident (or onset of disability related to an occupational disease), or 2) two years from a “final determination of disability.”  In general, a “final determination of disability” is an order by the North Carolina Industrial Commission that addresses the injured worker’s disability, such as the approval of a workers’ comp rating or a settlement agreement.

A deceased worker’s family, estate or next of kin should notify the employer within thirty days of a work related death, even if the employer already knows about the death. This should be done by filing a Form 18 Notice of Accident (or Form 18B in the case of lung disease) with the NC Industrial Commission.  A copy should be sent to the employer.  A NC death claim under the NC Workers’ Compensation Act is barred forever if the claim is not filed with the NC Industrial Commission within two years of the date of death.

The payment of benefits for a workers’ comp death claim in North Carolina should be made by the employer or its insurance company pursuant to Industrial Commission approval.  When there is a question as to who is entitled to benefits the employer or its insurance company, or any person claiming the death benefits, should file a Form 33 with the North Carolina Industrial Commission to request a determination of that issue.

Beneficiaries:  Who receives the Benefits?

Determining who is entitled to receive the benefits is one of the most difficult aspects of a North Carolina workers’ compensation death claim.  The rules are complicated and riddled with exceptions.  However a few key principles should be noted.

If there are people who were “wholly dependent” on the deceased employee’s income then those people share the death benefits equally, to the exclusion of everyone else.  When there is only one such person who is wholly dependent upon the deceased worker at the time of death, then that person takes all the benefits that are payable.  Otherwise, all whole dependents share the death benefits equally.

When an employee dies in NC leaving no one who qualifies as wholly dependent then any person or persons who are partially dependent are entitled to share the NC workers’ comp death benefits, based on the amount of support provided them by the decedent.   If there are no whole or partial dependents the benefit that would have been paid had the deceased employee left dependents is distributed in lump sum to the “next of kin.”  If the deceased employee leaves neither dependents nor “next of kin” then only the burial benefit is paid.

Benefits in death claims, as in other workers’ comp claims in North Carolina, are generally paid weekly.  The amount of the weekly death benefit is two-thirds of the deceased employee’s Average Weekly Wage.  Burial expenses are paid up to $10,000.

Death benefits in NC workers’ comp are payable for a minimum of 500 weeks.  A minor child receives benefits until the age of 18, even if that is more than 500 weeks.  A deceased employee’s widow or widower who is disabled at the time of the worker’s death receives benefits until his or her death or remarriage, but not less than 500 weeks. When the beneficiary of a death claim is a minor or is incompetent the Industrial Commission will appoint a guardian ad litem to represent the child’s interest.